For lack of an update

So work on the nick short is going. I'm basically done with thumbs, just have to refine it. I think I'll make a script for it since I have time now. I thought it was due March 15, but its April 15th, which is a whole nudda month. So I'll go all out with it, and make it legit and shit and get it done a week after the 15th. I did find out about Dreamworks open call for apps on 4 story positions; and I'll try to get atleast 2 things done for that and reform my boards to work with it. I need to go to the strip tomorrow and draw people and places. I might make it a normal daily thing. Spend 2 hours on the strip, maybe a different casino or tourist spot at a time. Gotta get out of the house soon, and it'll give me something to update this blog with.

Anyways, for lack of shit, here's some stuff I was doing, I just lost steam so I'm going to move on to other studies. I gotta research and understand backgrounds some. So I'll break down some tv show or something. Anyways. Here's some lame sketches from models I found from http://womenmanagementparis.blogspot.com, really awesome model images. Sad they don't update much, I'll need to find one thats still alive. 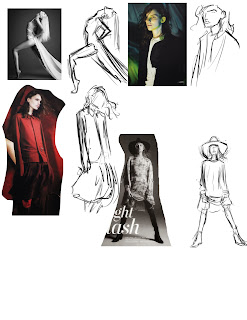 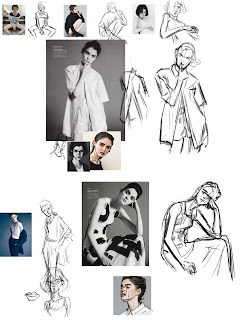 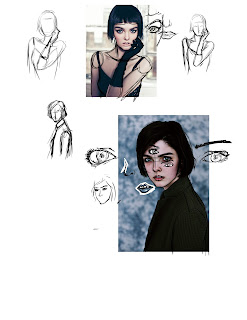 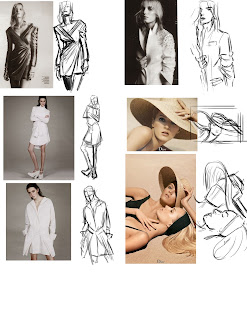 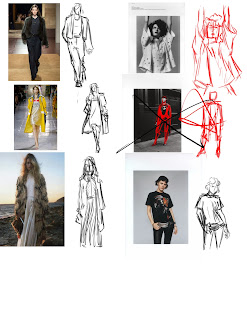 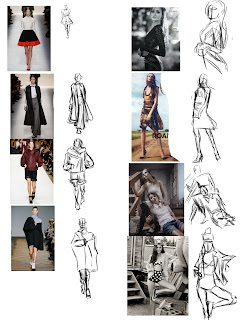 As for Teatree the Medieval Pizza Delivery Guy: 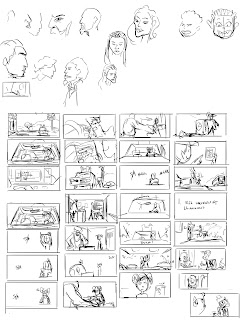 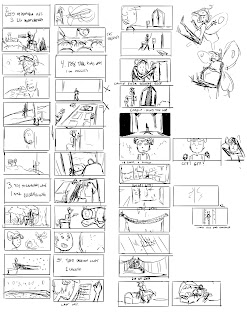 Thumbs current, trying to figure out how to board the final act. It's pretty straight forward, but I'll have to write up a script to get my thoughts more solidified, especially on the joke side. The gags I need to be more creative. And establish the customers more, so the gags can get the idea across better.
Posted by Unknown at 7:32 PM